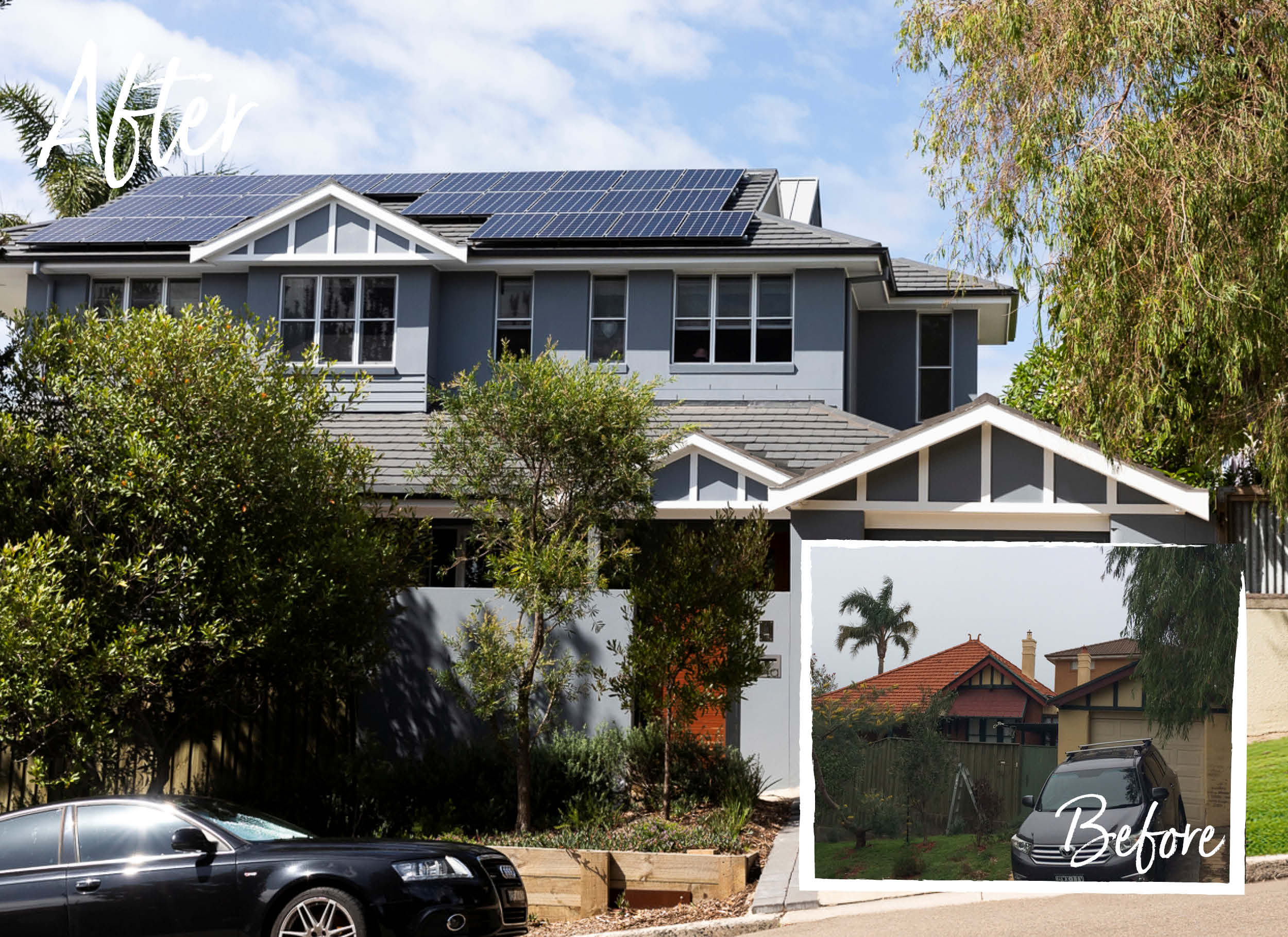 Experience you can rely on.

The renovation brief included reconfiguring the existing ground floor to create a more cohesive layout and larger kitchen, dining and living spaces, plus added on a large wrap-around verandah. The first-floor addition included three new bedrooms; plus a master suite of main bedroom, dressing room and ensuite; as well as family bathroom and powder room – all taking advantage of the ocean views. It was important to Sarah and Eric that the home extension stayed true to its original federation style. 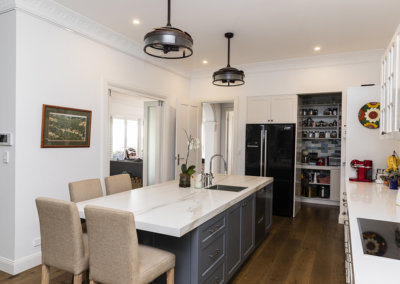 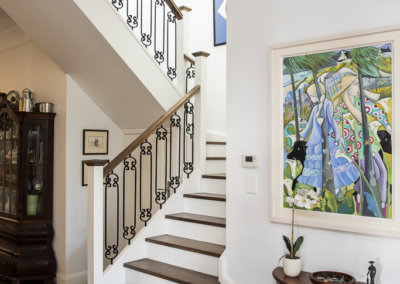 Almost every part of the Eastern Suburbs house was renovated during the build. The existing ground floor work included demolishing internal walls to create a generously sized kitchen in the previous dining space, while a bedroom became a new formal dining room, separated from the kitchen through bi-fold doors. A butler’s pantry was also added, along with a media/TV room, which has now become a teenage retreat. Homeowner, Sarah, says it’s hard to pick her favourite spot in her home, she loves everything about the new house, which was almost completely overhauled in a 15-month build.

‘So I’m glad we renovated now and built a house that works really well for us both now and into the future. There’s nothing that I wanted that I didn’t get. It works. The house is very functional, it’s beautiful; we love it.’